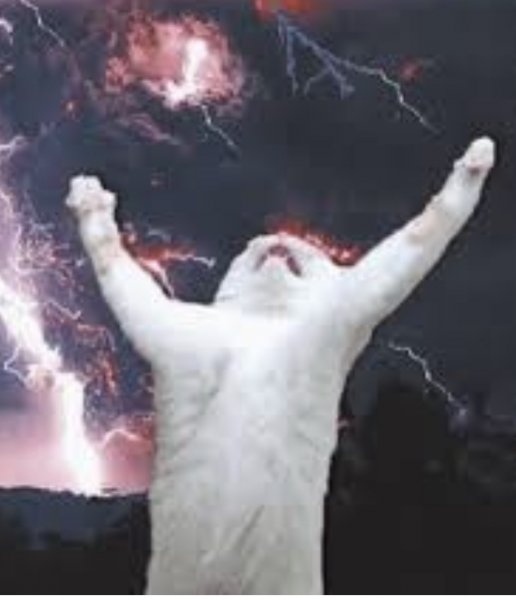 Glad we moved from Gulf Coast. We have friends on that Part of Florida.
Still have some friends in Palm Harbor.
Then there is A Friend from CA that moved to Florida back in the early 1980s His Home is right on the Water in St John’s City. It looks like they got a direct hit.
I hope John and family got out of harms way.

applekat said:
to be honest? … this post is simply giving me an excuse to post this tired gif:

Good news and bad news for you in one statement - it's raining cats and dogs.

Hope you are well, let us know.
S

All the best over there everyone... stay safe - thinking of you from the other side of the world.

if anyone wants extra protection for their Trimcraft Hayley Pin or Bing Collector until Ian settles down, send it upside down to the relative safety of me in Australia and I’ll mind them for you. Gotta keep those keepers safe.

Long night last night. Almost lost the roof on my shed and carport. we were up to 4:30am trying to anchor it down. A few homes in my neighborhood, lose a roofs from their the Carport and other damage to their homes. We lost power maybe for an hour. All in all we were pretty lucky. The devastation on the south west coast is incredible.
It is now 10:30 am the Storm is close to Daytona Beach. Dingpatch lives south west of Daytona. Hope he is safe.
Last edited: Sep 29, 2022

Some pretty terrible reports coming out of the Ft. Myers/Sanibel area. My wife and I have gone to Sanibel as our annual comfort getaway for the past decade or so, so it is extra heartbreaking for us to see some of the early accounts and pictures coming in. Stay safe, everyone.

I live in Suntree/Viera north of Melbourne. All is good here. Yesterday and last night was not too bad at all.

I have been watching the news coverage from here and I don't envy those going through it. There is nothing nastier to deal with than "flood damage". Even for those who have suffered less structural damage, once something gets soaked, it's usually ruined and will end up in a pile in your front yard.

There was this guy on TV from Florida, who has lived there his entire life, said that some of these communities that were hard hit should never have been built in the first place. They were built over displaced wetlands (by huckster developers) to build homes and retirement communities on them and now they are starting to pay the price for that. They weren't wetlands for thousands of years for no reason. In addition, they are starting to become harder to get insured due to insurers going bankrupt. Just something to think about.

Yea, flooding sucks. We spent two months in hotels this summer because of a simple slab leak that soaked half the house, and that was fresh water. Even if it wasn't damaged by the wind/storm, a house that gets even an inch or two of flooding is screwed, and finding repair teams will be impossible with all the other damage in the state. Tought times ahead for many families.

Chilly Willy said:
Some pretty terrible reports coming out of the Ft. Myers/Sanibel area. My wife and I have gone to Sanibel as our annual comfort getaway for the past decade or so, so it is extra heartbreaking for us to see some of the early accounts and pictures coming in. Stay safe, everyone.
Click to expand...

My wife’s family has (possibly had) a house on sanibel. As of this a.m., I heard they had about 12 feet + of water. The causeway lost 2 big sections last night, will be at least a month or two before anyone can drive onto the island. Scary stuff, very thankful we made it out okay on the east coast.
You must log in or register to reply here.
Share:
Facebook Twitter Reddit Pinterest Tumblr WhatsApp Email Share Link