So cool man!
Was just talking today with a friend that I used to be on a race team with about doing a heli trip in the future.
I have an old loose connection to they guys at H2O but haven’t seen or spoken with them in a while. They had offered me a chance to come do a few trips as a tail guide but it wasn’t in the cards as far as life and timing.
Keep us (me) updated on future season plans.
That’s absolutely on my to do list of ski destinations and points north certainly has a good reputation and what looks like a sweet setup!

I could be persuaded to be a future client!
K

Tlri said:
No plans of surfing today with forecast of strong offshores but was on my way home from a friends at 3pm and the reports were showing 3ft and cam looked surprisingly good.
Grabbed the dog, a wetsuit, and the new to me 10’ feral Pig from @Brrr and headed to the beach.

Board rides amazing, so fun. In early and super playful. First experience with a pig with a glassed on D fin.
Empty peaks then and empty beach walk with the pup.
Great day after a couple weeks of no surf.
View attachment 43688 View attachment 43689
Click to expand...

pretty terrible blown out conditions late morning today. I had an 11a-1p lunch window so i went for it. Very tiring paddling from wind and wind swell and current. Got some rough mushy ones.

Stoked because i got a great paddle workout ( swam for 10 minutes after surf) .

Food tastes so good after an exhausting surf session!

A fat burrito and ice-cold Pacifico after a tiring sesh is one of life's pleasures. Cheers man! 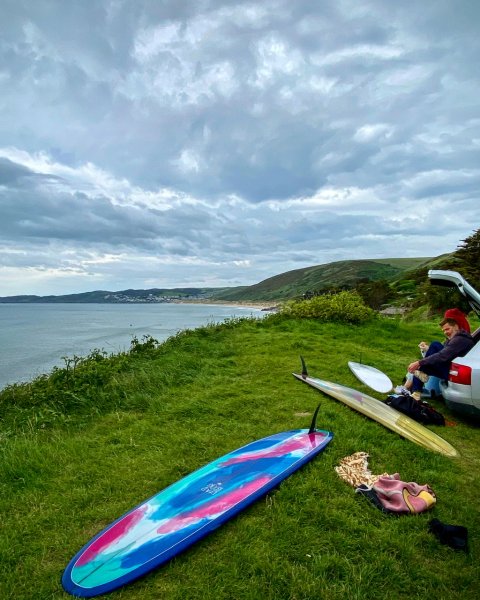 Played a gig on Friday night, slightly wobbly surf in the sun on Saturday then a mellow micro log around the corner today……. 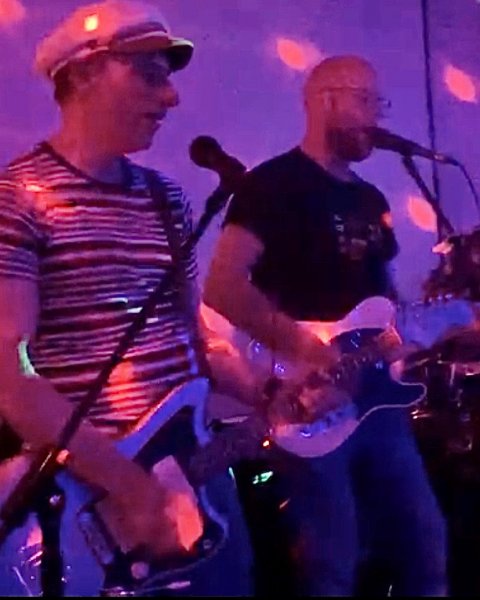 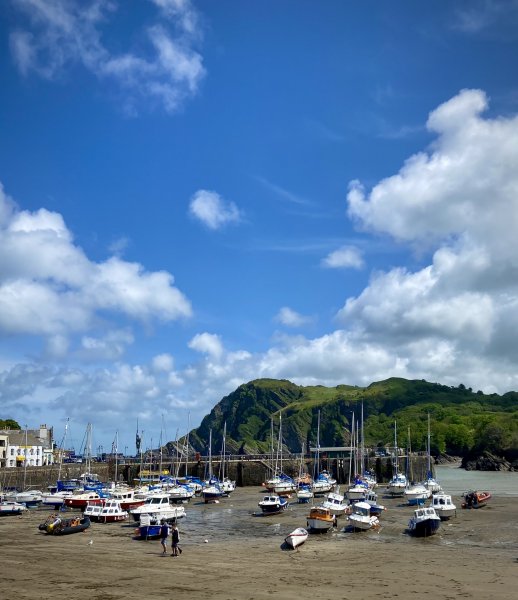 The Longboarding community where I live is funny. I went surfing at the most popular longboard wave this afternoon and the vibe there is 'friendly' and 'cool'. Lots of people chatting and socialising in the water. There is a Longboard club that calls the place it's home break, and so they sort of form the in-crowd and consider it 'theirs'. Dropping in on each other is just what they all do, which is completely foreign to me because it's dangerous, unpredictable and a complete affront to everything I know about surfing. I've run into/over several people there of varying abilities because they have done something unpredictable and counter to the 'rules' of surfing.

It's not 'cool' or 'friendly' to drop in on anyone. You can't call 'party wave' just because you are out of position or on the shoulder. For 40 odd years I have surfed in communities where you don't drop in because you defer to the guy who has earned that wave through positioning, or skill - and you let them ride it and paddle for the next one. The weird thing is, I see all these young kids (18-25) who have taken up longboarding in the last couple of years who appear to think this is actually normal in surfing. They sit directly on the inside of the peak chatting, turn and try to paddle for the same waves as the people sitting outside and in position, are in the way as they paddle back out from being caught inside and desperately head to the shoulder as opposed to getting out of the way of the rider, etc etc.

I got a real kick out of one of the young hipsters, who is absolutely one of the worst offenders, getting his moustache in a fair old twist over an older gentleman who merely returned the favour, or joined in on the 'party'. Evidently, the good vibes or party fun don't extend to everyone. The irony of his indignation was truly delicious to witness....

So, counter to the title of this thread, my stoke at that place was low today. Not to be a bummer, but just a reality of the longboard scene where I currently live.
Last edited: May 15, 2022

after arriving in MLB, i had to prep the board a bit on Friday (sourced a bag, one tiny ding repair & some new wax), then headed up to Blockhouse the next day. suffice it to say conditions were not exactly conducive for classic logging: light onshore wind, waist-chest w/shoulder drops, high period sets & a killer current. nevertheless, made the best of a year out of the water & an unfamiliar board...four countable waves over the course of about 2 hrs.

headed to Canova N the next day & scored a much better sesh w/like 6-7 waves in just one hour. first impressions of the Mayo are positive - it paddles easily & catches waves w/minimal effort (good for me w/such initially lagging muscle memory). there was one particular left where it solidy locked into the face & provided sidewalk-like stability for trim...that was legit. in the end, i'm stoked to return & try again in better conditions for the purpose of tapping the board's true potential.
Last edited: Yesterday at 2:56 PM