I picked this up from a jammer about a month ago and its proving to be a little bigger than I prefer. The board is in fair to good shape, has some heel dents on the deck, a couple pressures on the bottom, the worst one I attempted to photograph but couldn't really get it to come out. There is one small repaired ding on the nose. I asked Gene about the board and he said it was called the "New Noserider" and was made around 94. It morphed into the Device 2 a couple years later with a few differences. The rails are foiled really nicely and it feels really good all around. 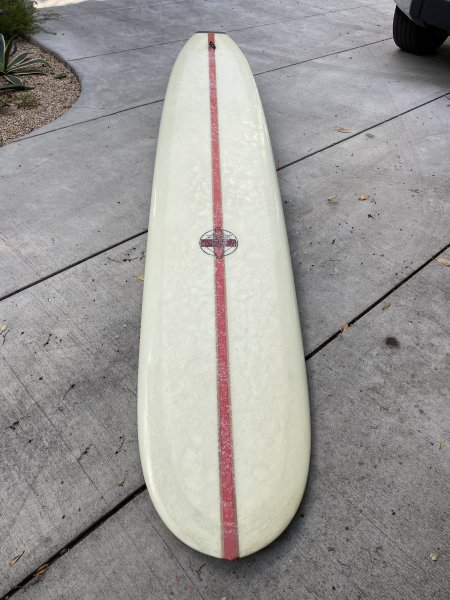 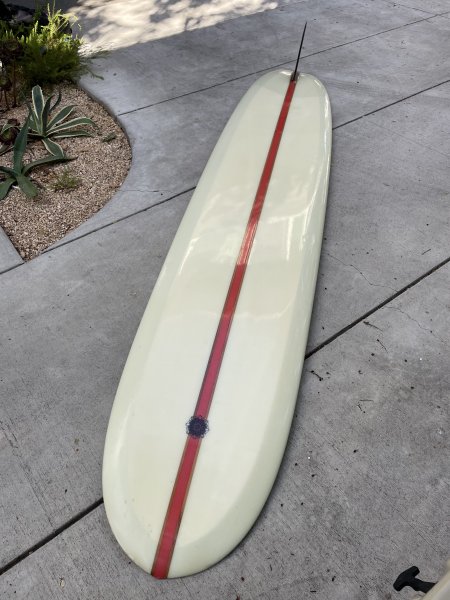 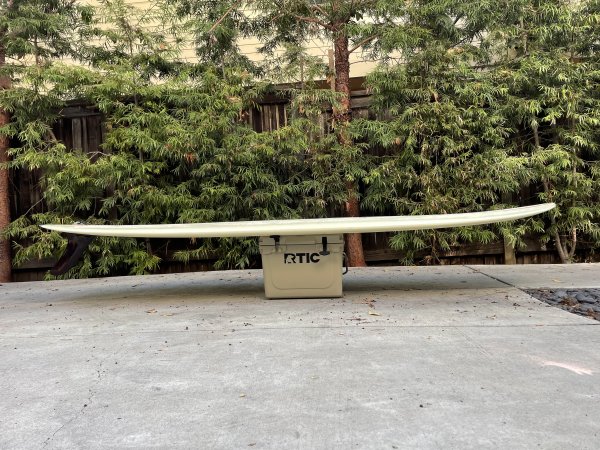 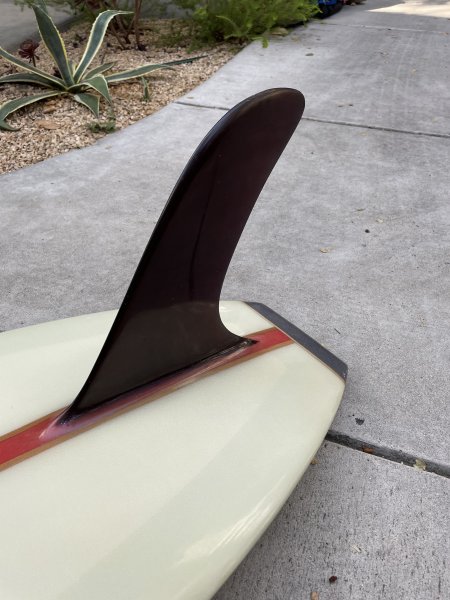 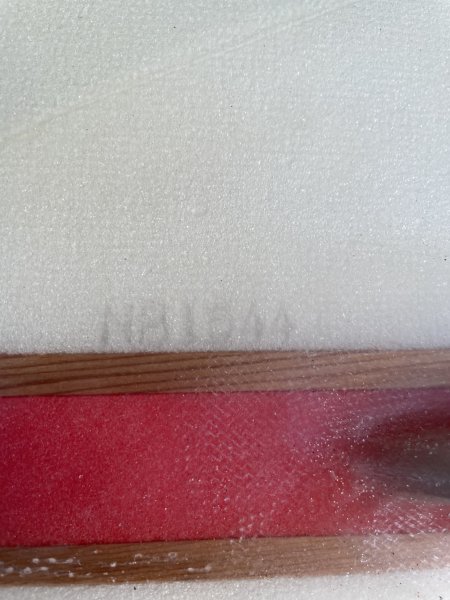 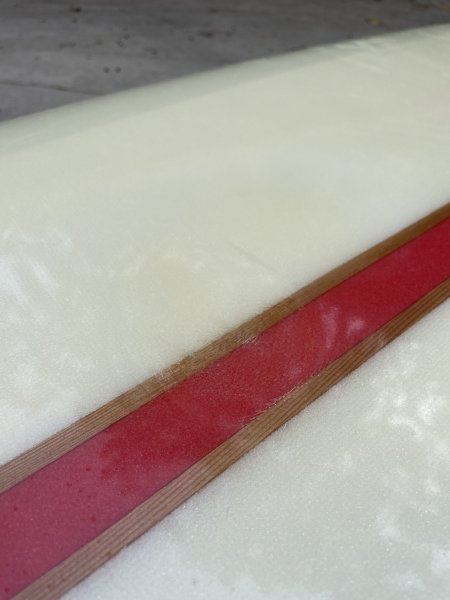 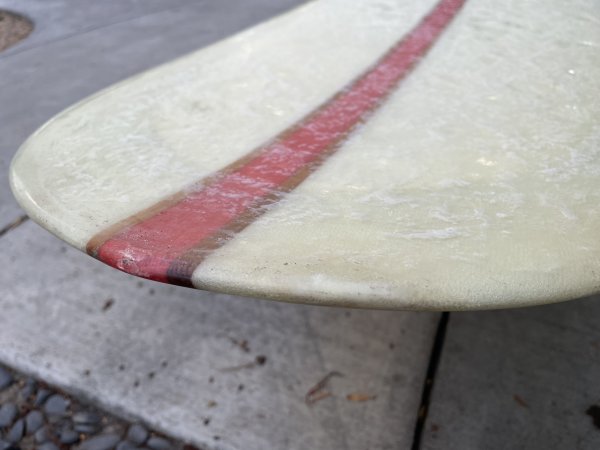