Been quietly unloading some gems over the last year and have been considering throwing a few more Fryes out into the world to keep the streak going.

I initially thought this is exactly the kind of board I would bring to kandui with me this summer. More and more I'm thinking it would be better to sell this and help defray the cost of my actual trip to kandui rather than see it broken in transit or smashed on a reef.

It is finely foiled and feels so good under the arm. I have ridden it sparingly at good Rincon and very good little Rincon. I'm told the previous owner surfed it at cloudbreak and other waves of consequence.

Board is in very good condition. A fair number of heelies on the deck but nothing major. A couple minor pressures on the bottom and one repair that was done well but has some discoloration. Rails are clean. Frye fins for the board included.

Quick pics attached. More detailed pics available to anyone seriously interested. Board is in Santa Barbara. Might be able to get it to Huntington next weekend for anyone interested down south.

As far as other Fryes still in my quiver, which I'm sure people will ask about, I have a near mint 10' eagle and a mint 9'2 Braden noserider. The former might be next on the chopping block. 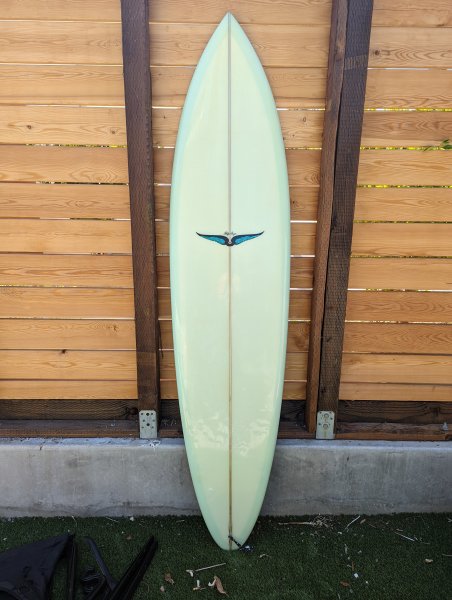 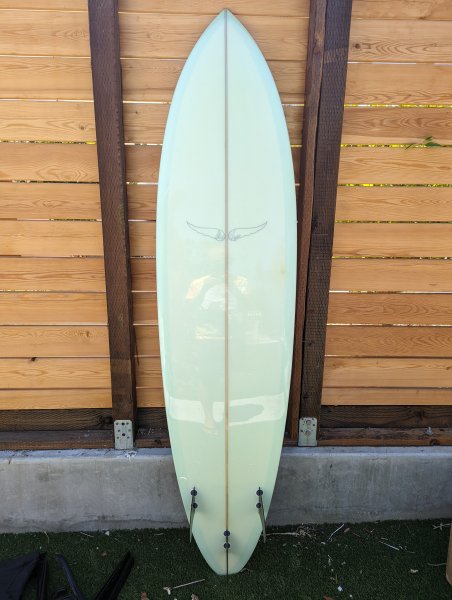 Sheeeesh what a beauty.

Dream board right there

@JBorbone on the topic of JB...

If only I was 50lbs lighter…

Following for the Eagle!

samb said:
If only I was 50lbs lighter…

Ha, yeah, the k is kind of a blade. A really nice blade with more of a down rail than the typical Frye.

Meanwhile, based on inbox activity, people are definitely excited about the possibility of an eagle flying the nest.

Hadn't considered that idea. Would be kinda fun! Haha