I don't think I got this rocker profile shot posted?

McQuad said:
Andreini hands down out of those two but you’re not giving a lot for details.
Click to expand...

.....Not quite sure how you can say that unless you've ridden both (and any other boards being mentioned in this thread).

...and I'm not discounting Marc's model in the least. As I said to someone else that posted who liked mine and can't wait to ride a McVee, "they are totally different rides, both fun."

Marc's design has what I call an "advanced vee" meaning the deepest part of the v bottom is moved forward of the tailblock then flattens out as it heads to the tailblock. What this does is give the board more traction and squirt out of the turns. The vee allows the rail to rail action sought by guys wanting v bottom action and the flatter tail section provides a more posi-traction feeling. This is because the rail rocker remains low at the tail.

My V8 version has a lot of Plane Geometry incorporated into this updated homage to the old Aussie V Bottoms of yesteryear.

Unlike the Mc Vee, my Panel V stays deep at the tail. The rails are extremely thin. So much so, that when I am shaping the corners of the tailblock, there is a diagonal section that I hold the bottom in the palm of my hand while block sanding the deck fine tuning the thickness to a point that it becomes so thin that the corners will flex torsionally. The center stringer is literally lookd upon as a "stiffener".

If a rider is really pushing the board thru a turn, this area flexes while the hard thin rail releases the water off the end of the board incredibly fast. Where the McVee gets "squirt" from keeping a low rail @ the tail, mine derives its speed from the quick release from everything behind the trailing edge of the fin.

The Torsional Flex in the tail section also has a "rocker on demand" aspect to it not entirely unlike Greenough's early day Flex Spoons. "Variable rocker" is what George was after at least according to what he told me when he incorporated the graduated layers of fiberglass along his board's length with the foam rail outline & dished out "spooned" deck.

My tails are considerably wider than Marc's. The 'center line' rocker is pretty straight aka flat to deliver a lot of straight line trim speed requiring the rider to do nothing but stand there. The increased area of the tail is also contributing to how much horsepower the board generates, yet the boards turn surprisingly easy rail to rail like a narrower tail, due to the deep Panel V and uber thin tail.
section.

I would imagine the McVee paddles true to the size of the board, while my V8's paddle like a much longer board due to certain design features regardless of the length I make one in. I have made this design ranging from 6'2" up to 10'2" and scaling such a design becomes part art part science to keep the ride true to its original intention.

My V8 rides well in many different fin incarnations, but I generally make them with Fins Unltd's 15" long box for single fins to allow wider based fins like the uber popular Greenough Stage IV-A enough movement fore n aft for true fine tuning. Mo other stock issue is "4+1" (usually Futures) but customers can order them per individual preference. In contrast, if you review the Cooperfish V offerings, you will get a glassed on single fin to ride the way the designer(s) intended w/o variations.
There are other V Bottom models being made, but quite a few of them are merely ho hum variations off a longboard matrix. Nothing to write home about?

I also emphasize the fact that a "V8" is NOT A LONGBOARD. Control comes from riding further forward closer to center. If you jump on one and try to tail ride it like a longboard, it will feel super "squirrely". I intentionally designed the board to become noticeably looser as you fudge your foot position back to the point that the board will allow an astute rider to powerslide or even do controlled spinouts if inclined. That's right, in my homage to the old v bottoms, I intentionally retained the option to spin out like the uh, good ol' days where early day v bottoms were deemed "the surfboards that didn't work" or "spinout queens"...... now that can be an optional feature... lol.

I realize that designing a surfboard that will spin out is not your typical shaper's approach, but this isn't your typical surfboard. Marc's McVee is a great sled offering a more conventional ride, the V8 is another experience altogether.

V8's are being ridden all over the world by a very wide variety of surfers. I'm happy to see that they seem to bring nostalgic stoke and inspire the rider to make 'old time moves' while riding them. 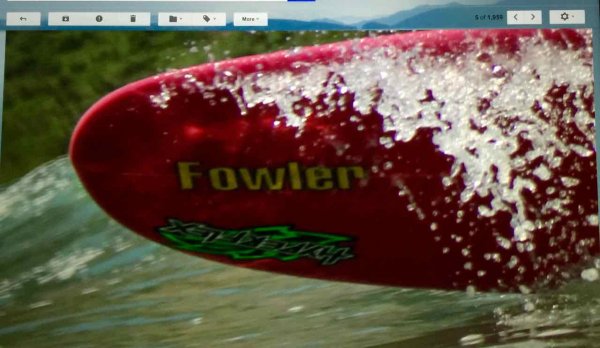 Visuals help for those that are ADD or don't like to read. 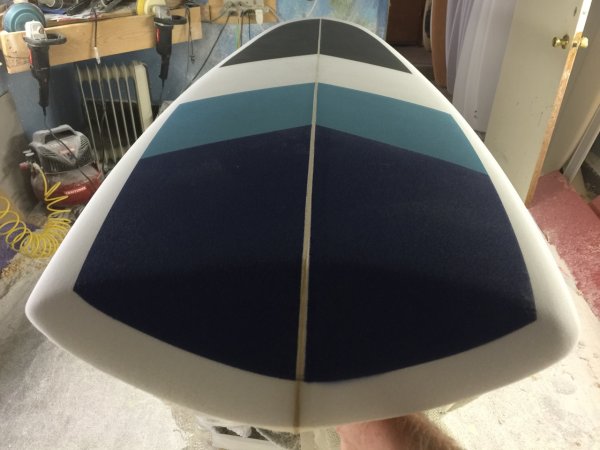 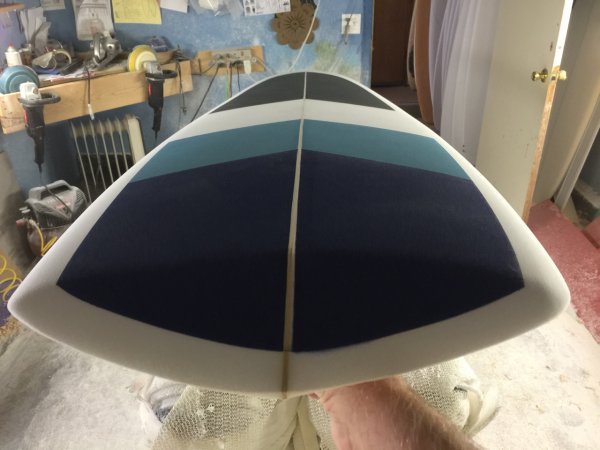 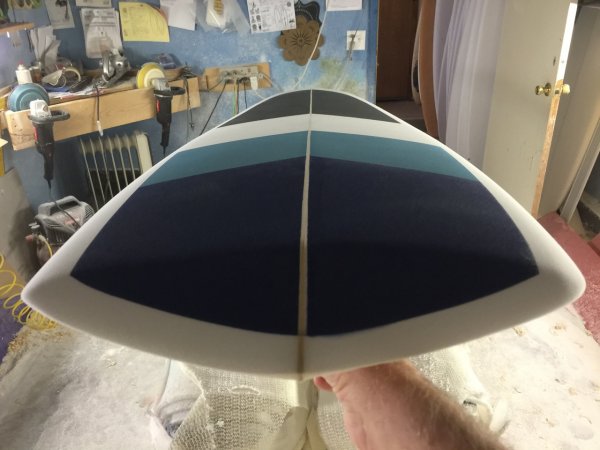 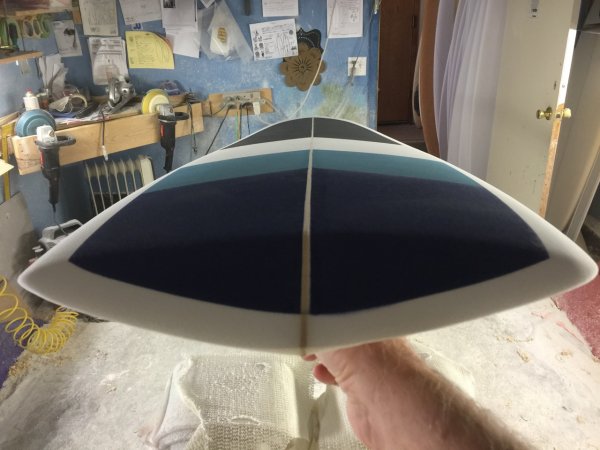 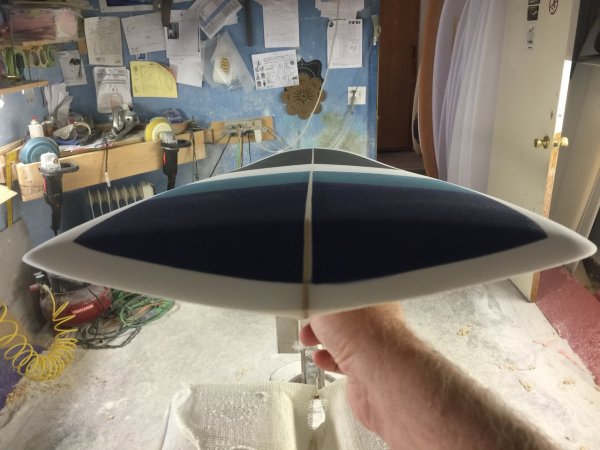 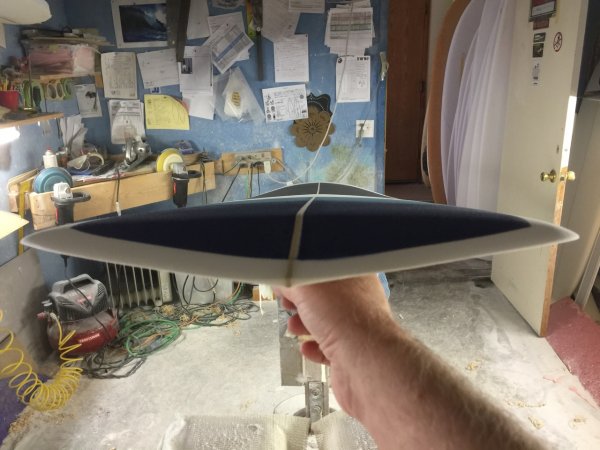 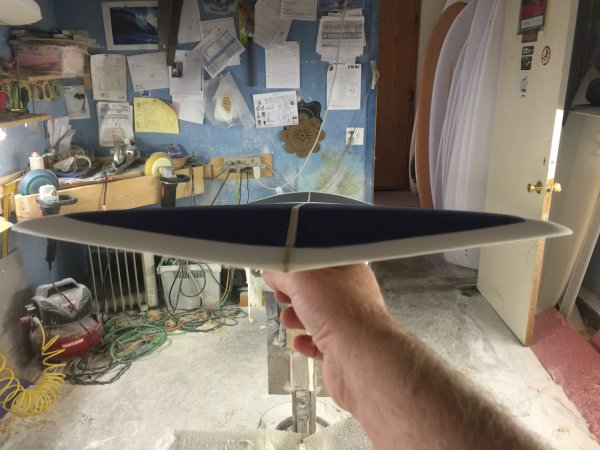 Hope your Christmas is fill with love and laughter.

Hoping you have a safe and happy holiday no matter where you choose to celebrate. 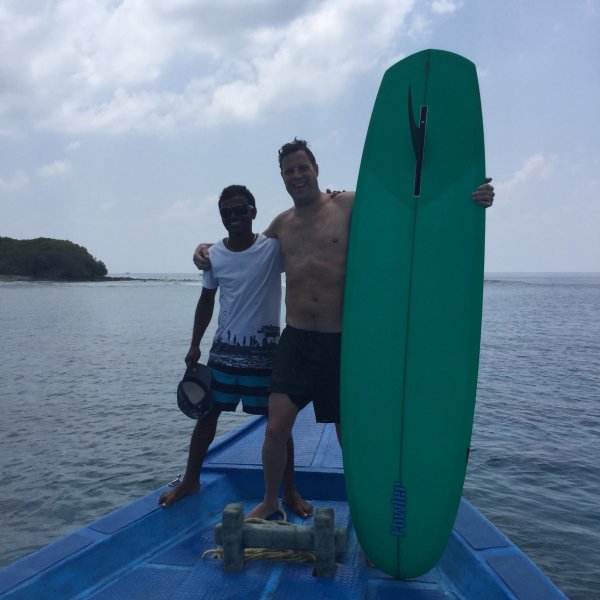 Looks super fun. Had an 8’6” Gibbs Vee. Looks kinda similar. Always felt like I wanted a longer version to deal with the Malibu crowd.

Wow, that is a good looking board. I like a wide tail for the Boston area, I get more waves.