Waves surfed, garbage beach break to quality point breaks and everything in between. Probably close to 100 sessions.

I have owned and surfed many fishes from the likes of Mabile, Hanel, Tyler Warren, CI, ...lost and others. I enjoy seeking out and surfing different fishes by different shapers. This one is the best one I have ever surfed. First, many(not all) of the Twin fishes I've surfed generate speed great, but at some point they reach a speed that is too much for the board to handle and the surfer just has to hang on until they can find a way to slow down a bit. This board has no such speed limit. The board has maintained control and I could lay it on rail off the bottom at the fastest speeds I could surf it at.

This is a board that does a lot of the work for you, the less you wiggle and hop around on it the better. Put in it the correct spots on the wave and it flies. It will generate speed if you pump it too, but I often find I don't need to. It maintains its speed through mushy sections and at the bottom of the wave. I've got caught behind sections and sometimes, it will just generate crazy speed from no where and push me through the section. It feels like there's a motor on the back. What I really think it is, is the deep single concave funnelling water through the fins and doing something to push me forward. Because there is so much speed on tap, and it maintains that speed so well, I feel like I can really slow down my surfing, wait for the wave to form a section, then hit it. It's like more rhythm surfing, a lovely board for a long wave.

It can handle being surfed aggressively and driven up into the lip to slide the fins but thats not really what it excels at. It excels at those long swooping full speed carves, put the board on edge and push it as had as you want through the whole turn. It surfs fantastic backside. It took no time at all to get used to or figure out how to surf it backside, felt completely natural. It likes a wave with a little more room to move on it. The conditions it didn't excel for me it was punchy, tight, small, fast beach break. Now that is one of my least favourite types of waves to surf, mostly because I suck at surfing that type of wave. But I've had other boards work better for me in that type of stuff. It's not really a fish for small waves, it can do it, but other boards do it better. I also just generally take a log when its even questionably small or weak so I haven't really had it out much in really crappy surf. It really excels in average to good surf.

Barrels and Critical surf. Disclaimer, I suck at riding barrels. But I had the chance to surf this at a small slab and it held great. I was totally confident it the boards ability to make it, mine less so. But I snagged a few visions. For steep drops, the board gets in and starts planing early so if you plan it right you should be able to get in before it gets really steep. I've had a few late and steep drops and it handled better than I thought it would but not as well as a shortboard would, as you should expect. Stalling might be more difficult because this board wants to go fast so take that into your expectations for riding the tube. Every speed or critical section its held fine. As for critical turns, it doesn't handle them as easily as a shortboard but it does a good job and you should be confident to hit the lip with it.

Workmanship. When I got this board it was with out fault. Nicest glass job I've ever seen beautiful resin tint and glass on fins. Rails tuned perfect and felt great under the arm. After close to 100 sessions it still looks like new. I scrapped the wax off it and it barely has a heel dent. It may be glassed a bit heavier or with S cloth, I don't know. But I'm a bigger dude that surfs his boards hard and I've never had a board look this nice after surfing it so much.

Before I got this board, I'd been dreaming about getting a fish from Skip Frye. I took a trip down to SD in 2019 and I saw one on the beach at Cardiff. I didn't realize it was a Frye when I was looking at it first just being drawn to the deep single concave through the glass on keels. The concave was so deep I could see it from 6 or 7 parking spots away down the beach. All the fishes I'd surfed had either been flat to v or single to double, so I was intrigued. As the guy was carrying it out to go surf I noticed it was a shaped by Skip. I watched the guy surf it and he was undoubtably a talented surfer but I could see how much work the board was doing and how much glide and speed it had. Long story short, I contacted Waves4ever, had a chance to put in an order and couldn't do it with the pandemic. A year later this Micheal Miller Fish shows up at my local shop in my dims and it sits on the rack for 8 months. It has the same concave and looks every bit like that Frye that I saw 2 years ago in SD. After letting it sit there for so long I finally went and bought it. It exceeded every expectation I had for what it could do. Micheal Miller will probably always be tied to Skip for the rest of his shaping career in someway. I've seen other boards he makes and that have less of a Skip influence and they look every bit as good as the ones that do. This fish clearly is heavily influenced by Skip but it took Miller's skill to make it into what it is. I try not to throw this out too often but this fish is a magic board. 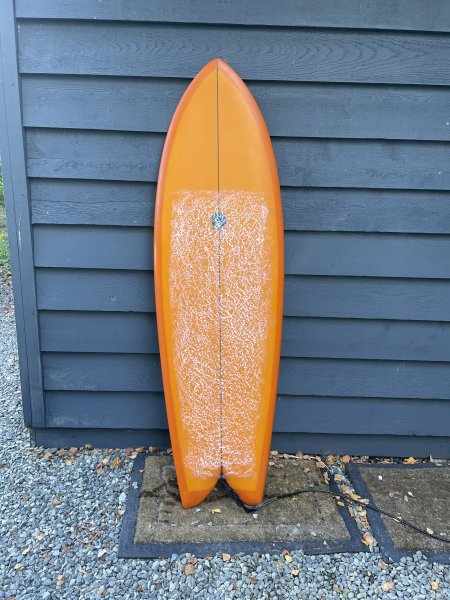 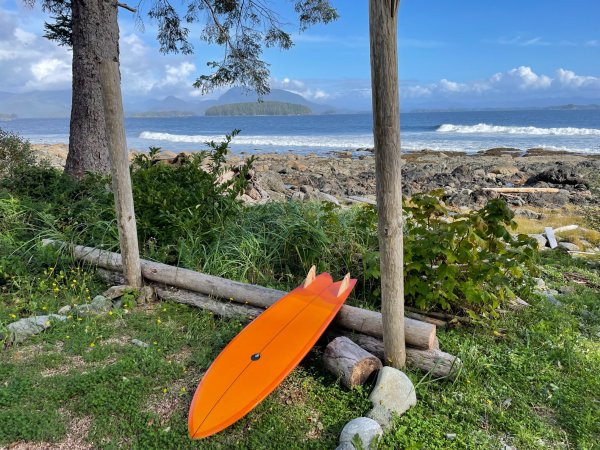 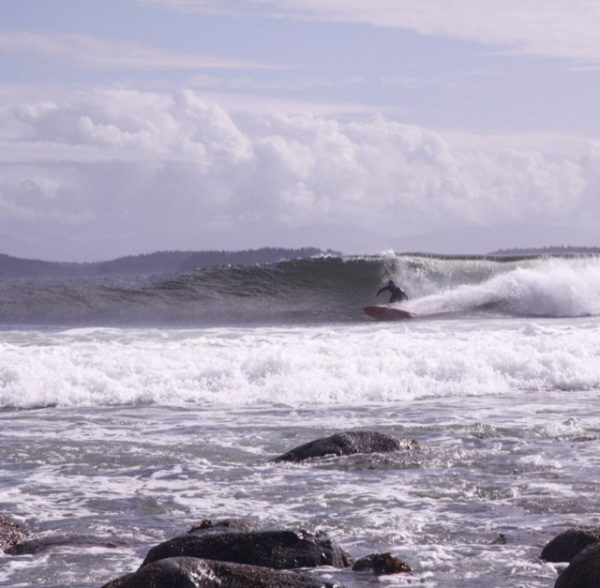 Can you give me a review on Tyler Warren fish?
Read more…