Waves surfed variable beach break to lined up points. Crappy mini waves to high quality. Mostly stay shoulder high or under. Easily over 100 sessions on it, maybe closer to 200.

Board: Outline: This board is full, the nose is probably 20 inches. The rails are tuned nicely so it is still very responsive at this width and outline. It's not overly thick, but not crazy thinned out anywhere either. I've been walking down to the beach and had people ask "woah that thing is huge, what's it like 10ft?" Realistically a 9'4'' SWT is probably around the same amount of board as a 9'6'' or 9'8'' of other shapes. Concaves: The bottom and rocker are very mellow nothing crazy going on here. Small amount of nose concave, and not much flip in the tail. Weight is enough for a log but not overly heavy.

Ride Report: The board is fast. Its a longboard built for small waves and it does a fantastic job gliding into and maintaining speed on even the smallest ankle biters. The boards sweet spot is waist to chest high. It's a stable platform to walk around on. It redirects nicely from the nose and mid point, and turns great from the tail for down carves, fades and cutbacks. Trim is very fast, and can project very well off the bottom and make it around some long sections. It is super stable from the nose in the most critical sections. Even on steeper waves I've never had it slide out or lose the fin. Put it in the right spot and it will levitate, and you'll feel like you're on the end of a diving board being pushed up. With all the speed that this board has it doesn't do a very good job of matching the speed of the wave. Some boards will hold you near the pocket when you lock into a nose ride and you can get a longer one. Lots of times the SWT will continue riding faster than the wave and you'll only be able to be on the nose for a short time before you move past those sections. This is a trade off for the speed it can produce in even the smallest waves. At 9'4'' it's probably a little under sized for me at 200lbs for really want to perch on the nose as much as I'd want to. My wife has ridden it, she's 140lbs, and had no problems handling its size. At 9'4'' it would probably be ideal for some one 140lb-180lb but you can go plus or minus 10lbs in either direction of that depending on what you're looking for. Which is a pretty big range when I really think about it.

Conclusion: This is a fantastic board for someone looking to only use it in smaller waves. What it does really well. It's not a board for bigger waves. So if you're someone that only longboards on small days this board is great. Or if you want it as the small wave longboard in your quiver of longboards then its perfect. 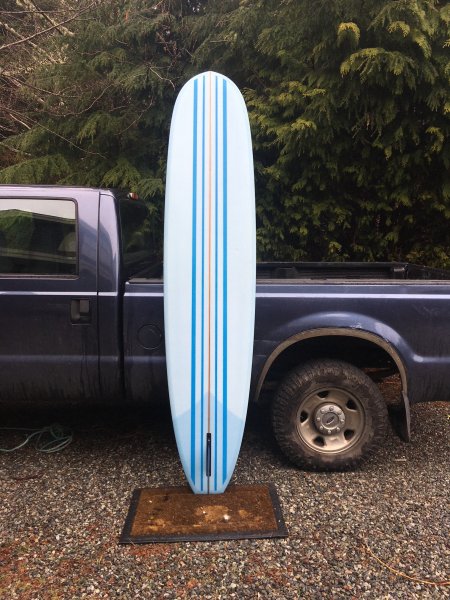 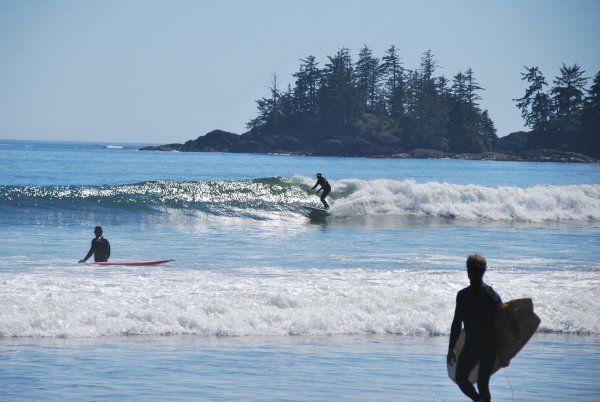 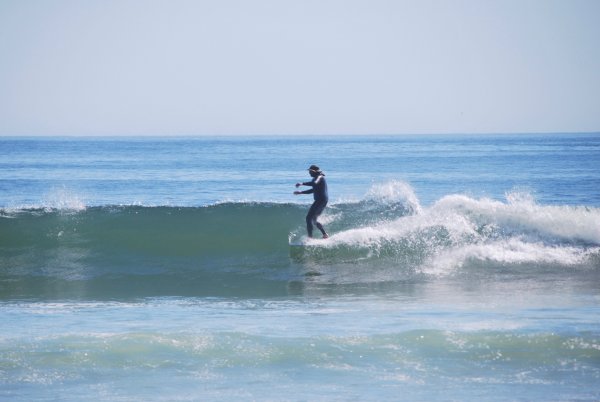